Ali Abbas, the author of Like Clockwork was kind enough to answer a few questions for us. We hope you enjoy his interview; we did.

How much research did you do for Like Clockwork, and how much came from experience?

I worked for the Royal Navy for a while (in a civilian, non-sailing capacity). I picked up a lot about the culture and how deeply ingrained some standards and behaviours are from that time. Knowing my interest in these things, one of my colleagues loaned me a book of naval terms and history – there was nothing to do one an evening in Portsmouth but read it from cover to cover and back again.

In contrast, I knew next to nothing about clock making, the fashion of the time, and of course I had to double check some of the naval facts like cannon sizes and when certain ranks were introduced.

Can you tell me something you researched or originally included that didn’t make it into the story?

The first draft of the first two thousand words set the opening scene in a milliner’s shop rather than a clockmaker. I still have that file on my computer and it is called “Gloves”. I abandoned that and set the project aside for a while until I worked out the necessity of clockwork to the plot. That brought in the steampunk elements, but I read up a fair bit on millinery while I was looking for a way to make the whole thing hang together.

Can you tell me about DuBois and his ways of acquiring information?

DuBois is my favourite character. Like Mercutio is the real star of Romeo and Juliet, DuBois is the real star of Like Clockwork. He is a spy, with a network of informants and sufficient “resources” (as he would say) to buy, swindle, or steal the information he needs. He’s probably one of the good guys. Probably.

One day, I’d like to write the backstory of how he and Raymond met on a windswept shore in Norway.

Where did you get the idea for Like Clockwork?

Most of my stories start their life as a single phrase or image. It will nag at me and stop me thinking about anything else until I work out where that image or story might live, and how people acting in a believable way would get there. I’ll often end up a long way from the catalyst.

In this case, the catalyst came from two of my favourite poems – from the Sonnets to Aurelia by Robert Nichols. The sonnets chart an all-consuming romance that eventually implodes. The image below is from one of my prized possessions, a copy of the Oxford Book of Modern Verse 1892-1935, chosen and introduced by WB Yeats no less.

The desperate man, and the distracted woman, dancing in the poem was the catalyst. In the Like Clockwork, neither one is distracted or desperate, but it set me off in creating that chain of events that leaves them with the “image of love’s ghost”. The mystery, the steampunk, the navy and Wearhaven Hall are all just things I needed to get my characters from one end of their arc to the other.

What is coming next?

I have a steampunk faerie novel in the works, the first episode of a space opera being revised (I added zombies to crowbar it into a horror theme, bad idea, I’m now taking them out again), and the first part of an epic fantasy saga already submitted to a publisher and waiting for what will no doubt be the first of its many rejections before it finds a home. And of course, there are lots of short stories written, or waiting to be written and just needing the right catalyst to get them on the page.

For now, I’m just basking in the glow of seeing my name in print. 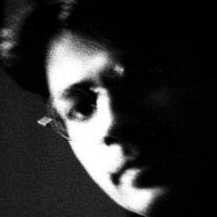 Bio: Ali Abbas is a writer, photographer, and carpenter from London. He has travelled widely but still lives in the suburb where he was born. By day, he masquerades as an accountant, but no one is fooled.