In our new author series, we’ll be offering a clairvoyant peek behind the veil of who and what makes up TRANSCENDENT. Here’s a glimpse at Jude Mael Eriksen and his story “Carrion Dreams.”

The inspiration for my story came from an interest in Scandinavian mythology. One such myth posited that ravens were inhabited by the souls of dead men who weren’t given Christian burials. From there, I began to craft a tale about a raven flying over a war-torn country, observing the daily rituals of the inhabitants, and the story grew from there.

There are actually two protagonists: the raven and the dying soldier. Their fates become intertwined as the story progresses toward its conclusion. The story is written so that we aren’t sure whose perspective is the truthful one, or even if what we’re privy to is real at all. Both protagonists suffer from a growing sense of confusion and alarm regarding the true nature of their existences by the end.

The main setting is a battlefield in a war-torn country, chosen because the story concerns ravens and their opportunistic habit of feeding on the dead. What better place to find the dead than an active conflict zone? In turn, the ravens are possessed by the dead combatant’s souls, which ties into the ancient Scandinavian folklore that I was keen to incorporate on some level.

I would like them to take away the notion that as we navigate the world our perspective on life can change—sometimes dramatically.

“I am baptized with holy fire, a fierce black meteor streaking into a flaming sea of plasma.”

Author writes surreal tale of ravens and men, linking them to the nature of death and transcendence.

Buying myself a copy of The Elements of Style by William Strunk Jr. and E.B. White.

Brave New World by Aldous Huxley because I think it’s a work of great intelligence while also being a cautionary tale that remains relevant to this day.

When I began to receive encouragement from family and friends who read my work and told me I should make an attempt to get published.

The power to control the weather. Though I love living in Canada, I hate snow. 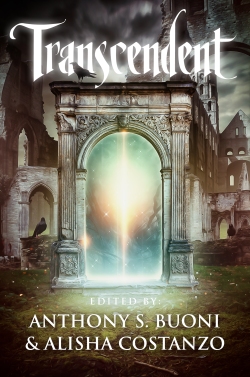 Jude Mael Eriksen is a writer whose interests skew toward the dark and uncanny places that lie just beyond the realm of possibility. Most of his stories are firmly rooted within the horror genre, while others ride a fine line between horror and science fiction. Born and raised in Western Canada, he divides his time between crafting weird tales and trying to avoid various existential crises. He lives with his long-suffering wife, their teenage son, and two mildly evil cats in a house on a hill. During the winter months you’ll rarely see him stray from his habitat, but in summer he emerges once the snow has melted. When he isn’t writing horror fiction Jude enjoys reading, hiking, photography, and fiddling with the unknown.