Enjoy an exclusive guest post from Cartlon Herzog, author of “And Yet It Moves,” featured in our upcoming anthology ON TIME.

Like the chicken and the egg, I’m not sure what came first: the sculpture or the story.  In any event, the piece was featured in Trenton New Jersey’s 2018 Art All Night Festival.  As you may recall, that was the Art Festival where the mass shooting (twenty-two people) took place. At the time, I was working as a festival volunteer.

I made the piece to increase awareness of plastic pollution on land and sea. As such, the piece is constructed entirely of plastic refuse stitched together with my two secret ingredients: love for mother earth and contempt for humanity. 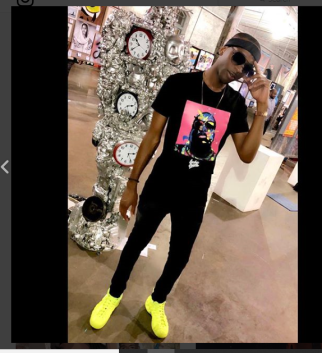 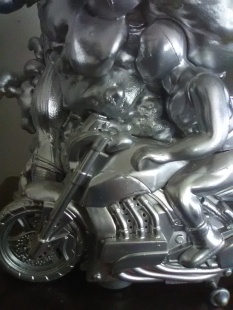 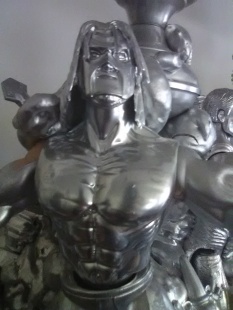 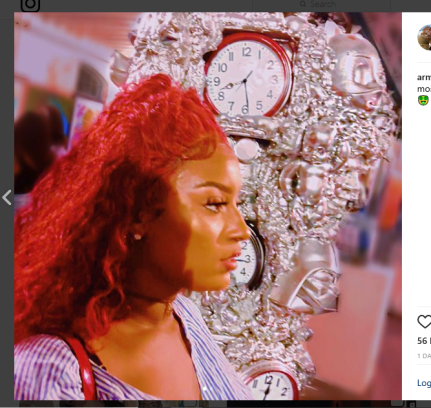 It consists of nine working clocks as well a number of discarded Halloween masks, action figures and trucks.  It tops out at eight feet.

My other sculptures consist of the same materials, techniques and underlying themes.

It was accompanied by a short story entitled Al Gore Has Left the Building (later published in Schlock Magazine).  In that story, a Duluth resident buys a magic lamp. He uses it to travel into the future. In that distant world, he finds a planet wholly disfigured by climate change: foul air and water, limited food, repressive government, and even cannibalism.

During his stay in the dismal future, he is asked to go back in time and attempt to sway the world away from its short-sighted, planet hostile objectives.  He half-heartedly agrees to try. But when he returns to our time, he opts to do nothing because “it is the human thing to do.”

The Al Gore story fits in my social awareness line. In SHOUT, an anthology just released on Amazon, I have a climate change story entitled The Sewer People Stole My Skateboard; In the forthcoming Bought and Sold Anthology by Horrified Press, I have a story about the horrors of factory farming entitled Cinco De Mayo; I have VOSPAR forthcoming in March 2020 Schlock Magazine. VOSPAR stands for Very Obvious Serious Problem Apathetic Response.  The story also ends with the idea that to do nothing is the “human thing to do.” 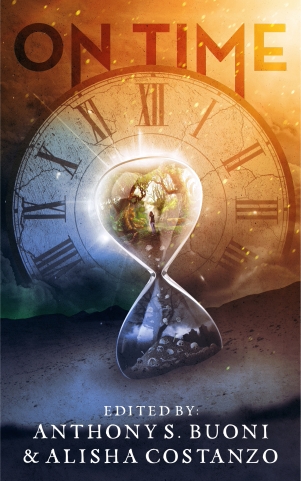 Self-proclaimed misanthrope: when told by an invading alien army that it intended to exterminate  all human life, his response was “How can I help?”