On the verge of a new anthology, we are celebrating IN THE AIR with a behind the scenes view of authors and their stories. Here’s a look at Tim Jeffreys and his story “The Birdman of Bishopsbourne.”

The story is about a man who, as a child, was obsessed with flight and who as an adult is presented with the embodiment of that obsession in monstrous form.

The unusual thing about this story was that the title came first.  I had a vague idea of the story I wanted to tell, but getting it down on the page turned out to be quite difficult.

I can’t think of anything that isn’t stated or implied in the story.

To show how our childhood dreams and aspirations sometimes have to be sacrificed and how there are times when that’s actually for the best. 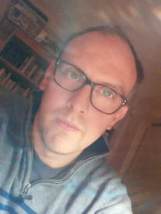 My favorite thing to do when I’m not writing, or stuck in the office at work, is to get out of the house and spend some time outdoors with my two children.

You don’t need to use a lot of words to evoke an image effectively!

Think of something you feel passionate about and write about that.

A good story for me is one that you’re still thinking about a few days after you read it.

First a comic book artist, then an illustrator.  It was a long route to realizing that I wanted to tell stories.

Brainstorming – helps you push your ideas into interesting new areas.

Here is a song by a little-known but brilliant band called Golden Death Music.  There was a period of time when I listened to this song every day.  This band is basically a one-man Radiohead or a one-man Pink Floyd.  I honestly believe that in an alternative reality this song is a number one hit! 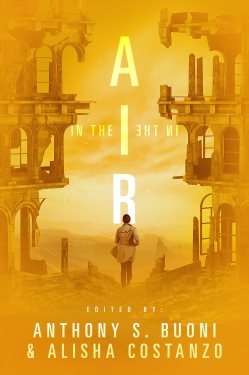 Tim Jeffreys escaped the north of England more than a decade ago, and now lives in the greener surrounds of Bristol.  Despite valiant efforts including studying Graphic Arts and Design at University, his original career plans went completely wrong and he ended up working in a tiny office in a Dental Hospital. The screams he sometimes hears from the clinics occasionally make it into the strange stories he writes when no one’s looking.

His short fiction has appeared in Weirdbook, Not One of Us, and Turn to Ash, amongst various other publications, and his latest collection ‘The Real Rachel Winterbourne and other stories’ is available now.

Get your copy of IN THE AIR now!