On the verge of a new anthology, we are celebrating IN THE AIR with a behind the scenes view of authors and their stories. Here’s a look at Daniel M. Kimmel and his story “Stormy Weather.”

This is a bit more autobiographical than most of my fiction in that the protagonist is a divorced man re-entering the dating world, and some of his experiences are reflections of what I’ve gone through.

Definitely the characters. To fit into the theme of the book, I named the woman he meets “Breezy” and made her an aspiring meteorologist. The plot developed from there.

The story he tells about negotiating shopping mall leases for pet stores is something that really happened to me during my brief career practicing law.

Which scene was the most difficult to write and why?

The ending. Most of the story – like most of my fiction – is somewhat comical, but the climax here might be better described as magical realism. It was a departure for me, but that’s where the story needed to go.

A question on a dating site I’m on asks which is more important in a relationship: passion or dedication? Most people put passion.  I believe that if two people are truly committed to each other and make their relationship a priority, they can overcome the inevitable problems along the way.

As a film critic for more than thirty years, I still love the movies, but what I enjoy doing that’s not work related is trying new recipes. I recently got an immersive blender – something I had no idea existed – and now, I don’t know how I lived without it.

I’m still fascinated by where the spark of an idea comes from and how it turns into a complete story. There are stories where I got an idea almost immediately and can hardly wait to type it up, and there are others where I have to let it percolate in my brain for some time before what it is becomes clear.

When I was teaching college, I used to quote Mario Puzo (author of “The Godfather”) to the effect that the real work of writing is RE-writing. Do the first draft without worrying or looking back, but then, go over it again and again.

Honestly? I wanted to make people laugh. And while a stand-up career was not in the cards, I’m now getting to do that with my fiction.

My daughter gave me a three-inch cube of a book called “The Writer’s Block” that’s filled with photos, mini-essays, key words, and other prompts to generate story ideas. I was skeptical, but I’ve now used it several times. When not requested to do a story around a particular theme or idea, having something that throws random notions at you can help.

One of the things I’ve learned about myself is that, apparently, I write the way I speak. People who know me said they can hear my voice in my writing. This isn’t true of all writers, at least not in my experience, but it seems I’m stuck with it. So that comic tone, whether broad or satiric or ironic, reflect my take on the world and how I express it.

As I’ve been eating healthier and doing more cooking of fresh food, some recipes work better than others. The first time I made this I couldn’t believe how easy and incredibly tasty it was.  I’ve made it several times since. If you like salmon, try it. 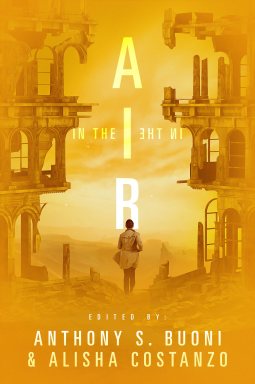 Veteran film critic Daniel M. Kimmel is the 2018 recipient of the Skylark Award, presented by the New England Science Fiction Association, and is the author of Hugo finalist Jar Jar Binks Must Die, a collection of essays on SF movies. His short stories and novels are marked by his twisted sense of humor.  His most recent book is Father of the Bride of Frankenstein combining two popular subjects: weddings and reanimated corpses.

Get your pre-order copy now, while it’s on sale!