She wrapped the powder-blue sash around her waist four times to honor those who had died. She paused and carefully layered the silk garment a fifth time.

After today, there would be five souls to mourn.

The silver-plated mirror on the wall reflected her image as she wrapped the sash, yet she did not recognize the oval face, the high cheekbones, the almond eyes that stared back. Though she did not know herself, the wooden frame made of rosewood and stained a deep mahogany seemed familiar. A wedding gift, wasn’t it? And the jade comb on the dresser, the same soft green of the hot springs in winter, had been passed down for generations.

A stranger to herself, wisps of knowledge still remained.

Wisps that told her today would be another Joining ceremony. The fifth one. Her memories became more fractured and fleeting with each Joining, but she always tried to remember those who had been sacrificed in the ceremonies. What were their names?

Emry turned away from the mirror, the comb, and concentrated on getting dressed, but the sight of her new hands brought on distracting hints of recollection. They were so lovely, with long fingers and delicate skin; which of the chosen had they belonged to? She’d thought the disfigurement would be the most trying part of the Joining, but her new body parts were hauntingly beautiful. She looked at her hands again and smiled, forgetting for a moment the gruesome manner in which they were obtained.

No, do not forget.

Her smile faded as she searched for the memory of the first who Joined with her. It had been a woman. A mother. The name came, softly, as ripples upon a lake: Wren, the one with beautiful hands.

She finished tying the traditional knot of mourning in her blue sash, and a loud knocking resounded on the door. It was Lord Alaric with the ceremonial headdress, but as soon as she realized it, the knowledge danced away, replaced with images of a parade for warriors marching to battle, of blood-soaked weapons, and of empty beds.

“Come in,” she said with another’s intonation: Vance, the one with melodious voice.

The door opened, and a man entered, dressed in fine silks and jeweled rings. His hair curled slightly at the ends, just behind his ears and beneath the silver crown.

Emry-Neve-Wren-Chandra-Vance. The collective names of the chosen flowed through her mind, almost devouring it, but she mustn’t speak the names. Not yet.

“How are you feeling?” he asked.

His expression strained, stance fidgeted, and Emry understood that he loved her. Lord Alaric loved his queen. He had pleaded for her not to go through with the Joining, hadn’t he? And what had she replied?

“I am tired, but I will be fine,” she said in Vance’s voice.

He stepped toward her, perhaps to embrace her, but she turned to the mahogany mirror and watched her painted lips. “What did the mystics say?”

Her heart no longer ached for Lord Alaric. Not since the moment she received a new heart from Neve, the one with courageous spirit.

He lowered his eyes and stepped back. “They believe today is very auspicious for the final Joining.”

A calming clarity brightened inside her, like a sunrise chasing away the mist.

“I am the final host,” she said, childlike, as if the fact had never occurred to her before.

“Yes.” He bowed slightly and presented the headdress, but a deep sadness dwelled in his tone. “None of the other hosts made it to the fifth day.”

Emry studied its engraved runes of fortune, the tiny bells of silver, and the charcoal feathers half-painted red, positioned like a peacock’s. She took it with Wren’s lovely hands, placed it on her head, and raised her chin to look at Lord Alaric.

When the little bells jingled, a new wave of memories rushed through her. Chaotic images of a corpse-filled battlefield, chained and starved survivors, burned out homes, and scorched crops. Were the memories hers or theirs? Her eyes rolled back. Lord Alaric caught her in his arms before she hit the ground.

He carried her to a chair, hand-carved with dragons and stormy seas. “Don’t listen to them. Stay with me, Emry.”

Emry-Neve-Wren-Chandra-Vance. It took all her strength not to say it aloud. Each were the names of the chosen, each lived within her, but she mustn’t say it until the name was complete.

She shut her eyes and breathed in deeply. Lord Alaric stood so close; she could smell the amber incense in his clothes. As his queen, she must’ve loved him once, but Neve’s heart made him a stranger.

Emry sat up, smoothed out her silken robes, and gave him a weak smile. “The chosen are impatient. I feel like I am being pushed out.”

“You don’t have to be an oracle. We could win this war with soldiers and strategy, like we always have before.” In his eyes was hope, the boyish hope of saving the one he loved. “You don’t have to die for the kingdom.” 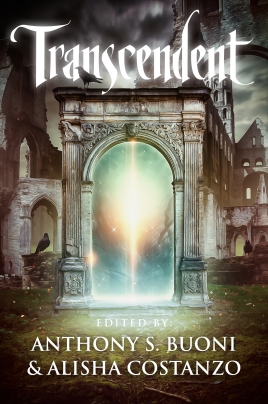 J.N. Powell lives in Texas, where she is an English and Creative Writing instructor by day and Fiction Editor for Ad Astra and Clockhouse magazines by night.  She is an alum of the Speculative Fiction Writing Workshop at the University of Kansas and recently earned her MFA in Creative Writing from Goddard College. Her work has appeared in Typehouse, The Future Fire, Space Squid, and The Overcast, among others.