I think Ray Bradbury said it best in The October Country: “That country whose people are autumn people, thinking only autumn thoughts. Whose people passing at night on the empty walks sound like rain.”

Like me and countless others, Ray Bradbury no doubt waited year-round to revel in October’s allure: the nostalgic scent of damp, fallen leaves; the bustling of trick-or-treaters shuffling their costumed legs down dark city streets. October’s a special month for genre writers. Sure, we might spin our spooky stories any time of year, but for some of us, the keys clack quicker when the leaves change colour, when the air bites colder.

For me, October’s an opportunity to reflect on some of my richest memories, like watching ABC’s TGIF Halloween specials or gutting pumpkins and roasting their seeds (I’ll let you in on my mom’s secret: bake ‘em with Soya Sauce). It’s a month brimming with story inspiration, and if nothing else, I know that when the 31strolls around, I’ll have penned at least one narrative I’m proud of.

At its core, writing isn’t that different than the holiday us autumn folk are so obsessed with. We sit down, don our masks in a Halloween-like ritual, and adopt a new persona. Like a bunch of restless high-schoolers, we give ourselves carte-blanche to wreak havoc on whomever our imaginations see fit, even our protagonists. The difference is that we do it in isolation; there’s no ensemble of vampires to hold our hands, no entourage of fairies, pirates, or mad scientists to lead us through the dark (none of them real, anyway). And there’s sure as hell no guarantee of a party.

I’m sure some horror writers feel an ounce of pressure during October, feel obligated to perform—and not in a morbid-fetish kind of way. Hell, I know there are days when I’d rather embark on a John Carpenter marathon than try to craft my darkest literary masterpiece. What’s important to remember is that, regardless of the season, intimidation will always be part of the writing process. It’ll always be there, gnawing at your heels like an undead lapdog fiending for a strip of meat. The trick is to close your eyes, take a breath, and go for gold anyway. Because what do you have to lose? If nothing else, it’ll still be October. There’ll still be hay rides and pumpkin patches, candy apples and spider rings. And maybe you don’t end up writing something spooktacular. So be it. It’s the ride that counts, right?

If you’re anything like me, you can rest assured that, at the very least, October’s winds will stir something inside you, something you can breathe into your work at some point. It’s like Bradbury said: “Stuff your eyes with wonder.” And what’s more compelling to a writer than wonder?

So open your eyes, creeps, and wonder away. October’s finally here. 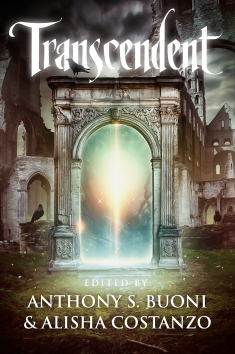 Chris Campeau is a writer of short fiction and creative nonfiction. His work has appeared in publications such as Deadman’s Tome, Polar Borealis, and The Furious Gazelle Magazine, and his first children’s book, The Vampire Who Had No Fangs, is available via Amazon. He studied writing in Ottawa, Canada, where he lives with his wife and two cats and works as a B2B copywriter. Creepshow 2 on VHS is his most prized possession.