If you haven’t heard of my new release, THE GIRL WITH THE GLOWING HAIR, are you living under a rock?

This book has kept me excited for YEARS. Granted, I only finished writing it back in April, but my characters and I had to have a conversation half way through IMPRINTED about how they were next and to calm down until I could get to their book.

Well, now that it’s written, now that beta readers have given me positive feedback, now that the book is out in the world with its beautiful cover and crazy characters, I am still OBSESSED.

Yes, it’s cliché and bad form to be so in love with what I create, but the most fun thing about this book is that the characters really had a mind of their own—even though as I’ve said before, Evan is the closest to my husband as any character I’ve written.

I’ll do my best to reign in my squeals.

And I’ll get to my point.

The book is final here. You can buy it right now on most of the major retailers, but we have it on sale at the press store for 25% off because…drum roll…it’s my birthday. And I couldn’t think of a better way to celebrate getting older than sharing this with you.

I’ve been talking about Lily and the gang for months, so if you want to know more, check out these Ethology lessons, this excerpt and this one and this one, and the official book trailer.

Here’s to being thirty-four and all that will come in my next rotation around the sun.

Much love, my lovelies. 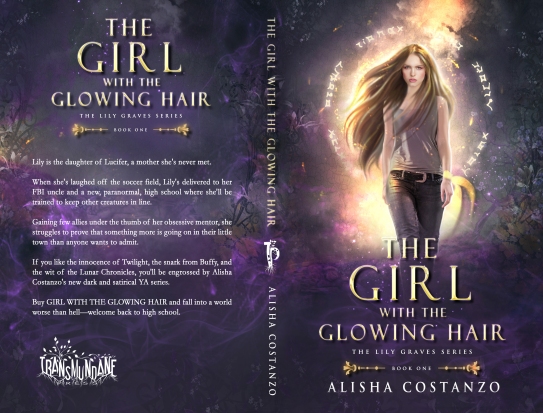 Buy on Amazon, Kobo, or Nook.

Most of all, Alisha is passionate about satire and how it can be used as a tool for learning and criticism. Her stories are aware of themselves and determined not to give readers what they think they want.

A New York transplant, she lives in Oklahoma, teaches English and rhetoric at a local university, runs and edits at Transmundane Press, LLC, and navigates the crazy that comes with her husband, fourteen-year-old step son, eight cats, six lizards, six mice, three toads, two snakes, and a water turtle, in the master bath, all confined under one roof.