I decided that the idea of Karma had gotten out of hand after I was nearly killed in a road rage incident.

Late last winter, I was driving to an appraisal. (Residential appraising is what currently pays most of my bills.) We’d gotten a few inches of snow, and temperatures hovered in the low teens. This is a fairly rare occurrence in Cincinnati. The roads–even the highways–were treacherous. They were so treacherous, in fact, that people were actually driving the speed limit on I-75. A few people (including myself) were committing the unpardonable sin of driving a few miles per hour below the speed limit.

Maybe that’s what led to the road rage incident.

I was driving in the slow lane. Even so, very few people were passing me. In fact, the highway was as deserted as I’ve seen it on a weekday afternoon.

An oversized pickup truck approached. He was unable to pass right away, because a semi to my left was blocking him.

The semi eventually got around me, as did the pickup. But the pickup driver, a male in his late 20s wearing hunting gear, was apparently miffed that I’d delayed his progress by as much as thirty to forty-five seconds. To show his displeasure, he brake-checked me. I put every ounce of leg muscle onto my brake pedal to avoid rear-ending him. I was driving my trusty SUV, which is basically skid-proof, so I didn’t lose control on the slippery road.

The pickup driver did lose control. He fishtailed and skidded to a stop on the right shoulder.

Serves him right, I thought and figured that the incident was over.

I saw the pickup driver approaching again, much too fast. I was terrified that he’d try to rear-end my vehicle, especially when he came close enough for me to see his face in the rearview mirror. His look of animosity was completely out of proportion with the situation. His expression might have been appropriate if I’d tortured and murdered his rescue puppy (but, trust me–I’ve never tortured or murdered anyone, canine or human.)

I sped up, trying to elude him. He sped up, too. I managed to get far enough away to swerve two lanes over, into the fast lane. There was an exit coming up on my left. I thought my best shot was to get off the highway.

The pickup truck was gaining on me. As he attempted to swerve from the middle lane into the left lane, he clipped the bumper of the semi that was now in front of him. He lost control, spun around, and hit the guardrail. In the rearview mirror I saw the pickup overturn in the median, forming a white geyser of snow and ice as I grabbed my cell phone and called 911.

The 911 dispatcher assured me that an ambulance and a State Highway Patrol unit were on the way, and that I’d be contacted.

Two days passed. Nobody contacted me.

After a series of phone calls, I finally tracked down the responding Highway Patrol officer. She sounded perplexed that the incident was still on my mind.

“The guy wasn’t hurt, because he was wearing his seat belt,” she informed me. “But his truck was totalled. I cited him for excessive speed. So everything’s been taken care of.”

“But…he tried to run me off the road!” I sputtered. “He could’ve killed me! Isn’t there a law against that?”

“There is. But there’s no evidence that he tried to run you off the road.”

“There’s me telling you that he tried to run me off the road! What kind of ‘evidence’ do you need?”

She reacted as if I were ruining her life by being so demanding.

“Look, ma’am. I told you: his truck was totalled. He has to go to court for excessive speed, and he’ll have to pay a fine. Isn’t that punishment enough?”

“Karma took care of him! So just leave it at that!”

The idea of Karma is currently all the rage. Just about every time I log onto Facebook, I see numerous posts on the subject. They’re usually quite funny.

One recent post featured a photo of a young, attractive woman. She had improbably long fingernails and was holding a nail file.

“Karma is busy sharpening her nails,” the caption read. “She’ll be with you shortly!”

The concept of Karma is comforting, I suppose. How cool would it be be if a magically powerful woman did exist, perpetually sharpening her cosmic claws, ready to even out the scales by meting out justice wherever it’s warranted?

I’m not sure I’m buying it, though.

If Karma does exist–and if it exists in the form of a beautiful woman obsessed with maintaining her Edgelord manicure–then she really sucks at her job.

There are plenty of examples of decent people being dealt horrifying blows. For example: couples who long for children, and then finally conceive–only to give birth to a child whose life is tragically cut short by a disease or some other catastrophe. I wonder: how does Karma explain this scenario? What could anyone possibly do to deserve such a raw deal? And even if the parents did merit something so awful–what about the child? Is his early death a form of Karma visited on him?

Conversely, there are countless examples of truly awful people who never seem to get the payback they deserve. Stalin, directly responsible for the deaths of as many as 8 million of his own countrymen, lived in luxury until his death of natural causes at the age of 71.

Nevertheless: the Cult of Karma flourishes.

The mother of three young children, left to survive in poverty when her husband abandons them for his favorite stripper at Woody’s Gentlemen’s Club, consoles herself with the the thought: He’ll get what he deserves!

But more often than not, he doesn’t get what he deserves.

What he often gets is a new life with Bambi, his surgically-enhanced stripper babe; laughably low child support payments which barely put a dent in his budget; promotions, BMWs, vacations in Europe, etc., while his ex-wife and kids survive on beans and cheese in a two-bedroom Section Eight trailer.

In my story “Karma Books,” the two protagonists have accidentally found a way to manipulate Karma in their favor. People who have wronged them suffer payback for their actions, and the protagonists benefit. But, as is often the case when Karma intervenes, the payback seems completely out of proportion with the transgression that was committed.

In the end, the protagonists realize what many of us have come to accept: Karma, if she does exist, doesn’t just suck at her job. 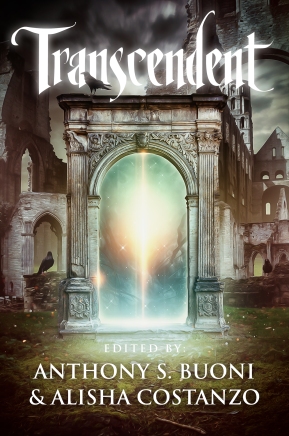 Belinda Stoner lives in Cincinnati. Her work has previously appeared on “Flash Fiction Press” and in FATE Magazine, Alfred Hitchcock’s Mystery Magazine, and Reader’s Digest. “Karma Books” is based on true events: she did accompany her friend to a flea market, and she did purchase a book while there.