In our new author series, we’ll be offering a clairvoyant peek behind the veil of who and what makes up TRANSCENDENT. Here’s a glimpse at Morven Westfield and her story “No, Nay, Never.”

A real event. My brother had an extra ticket for a folk concert and asked me if I wanted to go. In between songs, the singer addressed the audience, as folkies usually do. I was listening intently when I heard a nasty, “Hey, knock it off,” somewhere behind me. I turned around, worried that it was a fight. Just one seat away, a man was leaning back into his chair, obviously upset about something. As I turned back, I saw my brother apologizing to him as he put his iPhone way.

It was such a change from the intimate, folky experience and the man was so loud and gruff that I feared violence. How could he be at a folk concert and be such a jerk? The story was my way of dealing with my emotional distress from the event.

I did a little research on the history and structure of the venue. I based the folk singer on a few different acts and used a traditional song, searching the internet for ideas.

In creating Larry, I tried to imagine what kind of person would be so aggressive and loud. My brother hadn’t done anything wrong — the signs said no flash photography, but didn’t say no photography. He wasn’t using a flash. He wasn’t standing up and blocking they guy’s view. Why was the guy being such a jerk? I decided that Larry was not only used to having things his way, but was also supersensitive to distractions.

I chose the historic Central Fire Station, in Natick, Massachusetts, built in 1874 and restored in time to open as an arts center in 2003. My setting had to be something large enough for a well-known artist, but not so big that a verbal distraction like that would have faded into the background.

Man Gets What He Asked For 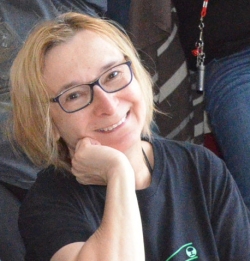 Around 2000. Unfortunately, I was still working a full-time demanding job, so I didn’t start really submitting actively for another ten years.

The ability to access memories like they’re computer files, and flag certain memories as needing a password so that awkward or bad memories don’t surface without your permission. 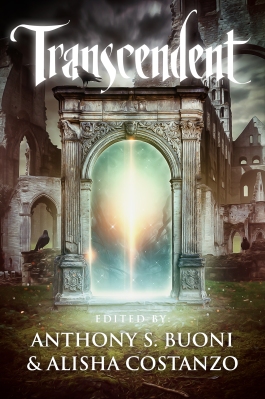 Morven Westfield writes supernatural and horror fiction. Her short stories have appeared in multiple anthologies and she regularly contributes articles on folklore and the supernatural to The Witches Almanac.  Her two novels, Darksome Thirstand The Old Power Returns, feature vampires who battle modern witches.

Morven lives in Central Massachusetts with her husband. Like many writers, she keeps a messy office and drinks way too much coffee.