In our new author series, we’ll be offering a clairvoyant peek behind the veil of who and what makes up TRANSCENDENT. Here’s a glimpse at Daniel M. Kimmel and his story “To Sleep, Perchance to Dream.”

It was a combination of the current political environment and reading (or seeing the movies of) several dystopian YA novels.

I don’t want to give away too much given the nature of the story, but it opens with Mehta Fixxion, the Emperor of Dictatoria, waking up from a nightmare in which he imagined himself the villain in a YA novel. It so disturbs him that he summons his trusted aide and executioner, Norman, to advise him if dreams can be prophetic.

Beyond the satirical points, I would hope it makes the reader think about how fiction can both reflect and influence reality.

“…his elaborate bedroom – which doubled as both a ballroom and a torture chamber, depending on his mood…” 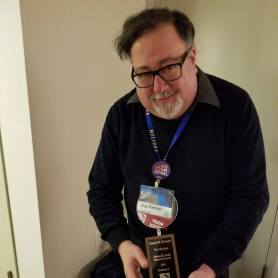 Avery Corman’s 1971 novel Oh God, which was turned into a mediocre movie (although the casting of George Burns was inspired). It’s a novel that combines comedy and serious issues, and protagonist is a Jewish freelance writer (instead of a grocery clerk) which not only makes more sense but gave me a character with whom I’ve come to identify.

I had my first bit of writing published at age six (I think I said a couple of sentences on “my favorite day of the week” for the school annual and my mother wrote it down and submitted it), so pretty much from the time I learned to read and write.  Another turning point was in college when I wrote a joke memo for my work study job that didn’t have my name on it and my boss’s boss said he recognized my “style.” It was the first time I became aware of having a distinctive style. 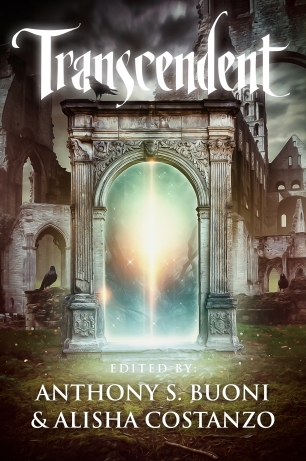 Veteran film critic Daniel M. Kimmel was the Boston correspondent for Variety and currently reviews for NorthShoreMovies.net and Space and Time magazine. He is the author of several books including Jar Jar Binks Must Die…and other observations about science fiction movies,a Hugo finalist for “best related work,” and two novels: Shh! It’s a Secret: a novel about aliens, Hollywood, and the Bartender’s Guide, shortlisted for the Compton Crook Award for best first novel, and Time on My Hands: My Misadventures in Time Travel. His short story appearances include After the Happily Ever After and On Fire (both from Transmundane Press), Alternate Truths, Science Fiction Stories for the Throne, and Beyond Steampunk, as well as the website HollywoodDementia.com. He is currently working on his own take on the Frankenstein story.