In our new author series, we’ll be offering a clairvoyant peek behind the veil of who and what makes up TRANSCENDENT. Here’s a glimpse at Irina Slav and her story “Room 22.”

It was actually a real dream I had. I was in this huge building with a sign saying “POST” on it—in reality the Sofia Telecommunications College building–and was looking for Room 22. It kept appearing and disappearing. I was so upset when I woke up I had to put it to paper.

Not really. That’s the good and bad thing about having to rely on imagination only: you don’t need to research facts or events but you also have no help from reality at all.

Nina is mostly a regular, uninteresting woman, or at least she was when I wrote “Room 22.” Her story before “Room 22” is a weird one, though. I had no idea about it until a few years after “Room 22” I wrote another story I dubbed “The Song.” It turned out to be about Nina and her life before the Post. I’d say she really did not deserve all the confusion and frustration she experienced in “Room 22,” but well, you can’t control everything.

It wasn’t really a conscious choice. The building and the yard, and the weeping willows were there already. The apple trees were also there, to make the whole place more surreal, more dreamlike, as if it even needed this. It was clear from the beginning this was not a place from our world, which only left one question I needed to answer with the story and the characters’ actions and interactions: where exactly is it, then?

Sometimes the things we are most afraid of turn out to be not scary at all. Of course, more often than not they turn out to be just as scary as we think, just not always.

The last sentence. Only I don’t want to quote it for spoiling reasons. 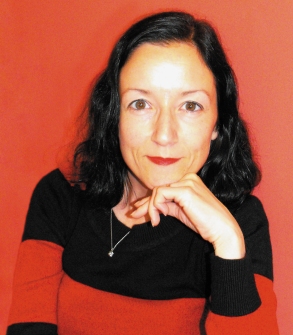 All the money I’ve spent on books, even if they have turned out to be bad books.

Julian Barnes’ “Nothing to Be Frightened Of” because death is a topic I’ve been interested in all my life and this book is actually something I could have written, though of course not as brilliantly as Barnes, who is superbly rational and poetic at the same time.

When I gave an old friend a story I’d written and he surprised me by really liking it. It was not a great story but he was very flattering in his reaction. Since he’s not the flattering type, I thought maybe I wasn’t as bad as I imagined. Writing is an unscratchable itch. You either try to ignore it or give in and start trying to scratch it. With me, all it took to go for the latter was “This is actually interesting!”

I’m greedy, so I will choose the superpower to control all the elements. I will, of course, use this power to do good. Probably. 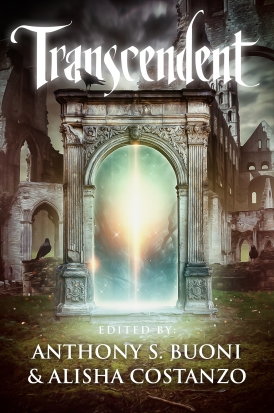 Irina writes about the energy industry for a living and has been doing it with no small amount of pleasure for well over a decade. Since writing is the only thing she knows how to do (sort of), she does it pretty much all the time. For some reason, the stories she produces always turn out scary or weird, or plain unpleasant and upsetting but she enjoys writing them anyway.