When I was six, the older sister of my best friend sat us down to watch The Abominable Dr Phibes.

I don’t know if you’ve seen it, it’s a classic 1971 Vincent Price horror-comedy of the most camp variety. Price plays a disfigured organist exacting a biblical-plague style revenge on the medical team who failed to save his wife. We’re talking death by rats, locusts, frogs, bees, bats, snow and blood-letting, and they’re just the ones I remember. A tag line on posters read, “love means never having to say you’re ugly”. 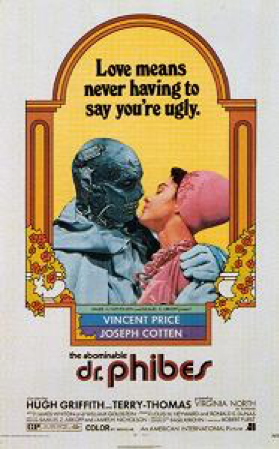 You can see what kind of movie it is. Thoroughly over-the-top, enjoyably hilarious and, when I was six years old, absolutely bloody terrifying.

Most people, of course, wouldn’t be afraid of a campy horror-comedy from the 1970s, and sure enough, by the age of twelve, I was laughing at dear old Vincent, too. Because what scared me at twelve was instead a heavily-edited version of the original Nightmare on Elm Street with most of the blood cut out for television viewing.

Let me tell you, in the mid 1980s, Australian TV was decidedly conservative in regards to just how much blood-and-guts they were prepared to show on the small screen. I’m surprised there was any movie left to be scared of, by the time they were done chopping it up. 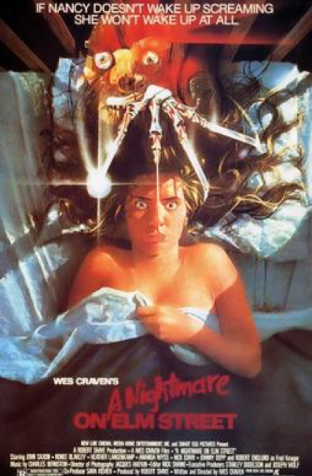 Butchered for television or not (and maybe there’s an irony in there somewhere), the original Freddy Krueger scared me witless when I was a pre-teen. But at least that one was meant to scare its audience. It’s not quite so embarrassing a confession as being scared by Vincent Price in high-camp mode.

Now, years later, at the wise old age of nineteen, I got into an argument at university with a visiting creative writing lecturer. Talking about how to scare people with fiction, she claimed if you wrote a story about walking home alone at night and hearing the echo of a footstep behind you in the dark, it would terrify every woman who read it. Every one. Automatically, without fail.

I don’t like having my fears dictated to me. I imagine nobody does. Back then, I retaliated by writing a story about a girl walking home through the woods alone at night and hearing a footstep behind her. I didn’t write the story to scare the reader. Instead, I wrote it to undermine the scares assumed to be inherent in such a scenario.

But at nineteen, my writing skills were still pretty undeveloped, and the story failed on most counts. The visiting lecturer went on to their next guest position, and I moved on with my life.

Only the story wouldn’t let me go. Nor would the irritation at being told what I should be afraid of, either.

I kept coming back to it over the years, rewriting in various ways and formats, but never quite nailing what I wanted it to do. Until earlier this year (a good couple of decades plus from that argument in university) when I came home after a long night walk alone through the forest near where I live, and I sat down and wrote it once more from scratch.

“Dark Moon,” my story appearing in the Transcendent anthology, was the result. 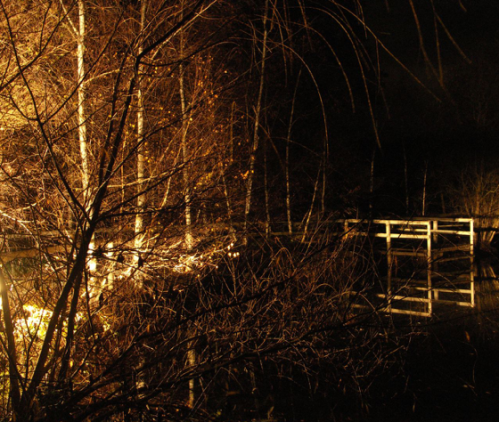 (A photo taken in the forest near my house, where I often go walking at night.)

“Dark Moon” in its current form is very different to my first attempts to tell this tale at nineteen, yet I’ve held true to my original intent. It’s not a story designed to scare so much as it’s a story that takes an assumed scary scenario – someone vulnerable walking alone through the woods at night, hearing a footstep behind them in the dark – and examines it for the why, the who, and the what.

What is scary about this? Who should be scared of it? Why?

And are our assumptions about such a scary scene really so valid as we think?

One of the things fiction does best is to take our fears – and our loves, our comforts, our anxieties, wishes, desires, beliefs, our own subjective selves, and all that we hold true, inherent or unchanging – and examine them in fine detail. Analyse them. Turn them upside down and shake them all about. Suggests that maybe there might be another way of looking at all this, for maybe the world isn’t quite as you thought it was. Maybe.

Stories are how we make sense of ourselves and our world. Fears included.

What scares us is relative. I don’t get scared by Vincent Price any more. Nor by Freddy Krueger. I do get utterly, completely terrified by everyday life things – the thought of harm coming to my children, the state of global politics today – but I have experienced fear before, and I have conquered it. I have faced down Dr Phibes. I have stood up to Freddy Krueger. Thanks to them, I know I’m equal to facing all my fears, whatever they may be.

Because anyone who can defeat both Phibes and Krueger can conquer anything, really. 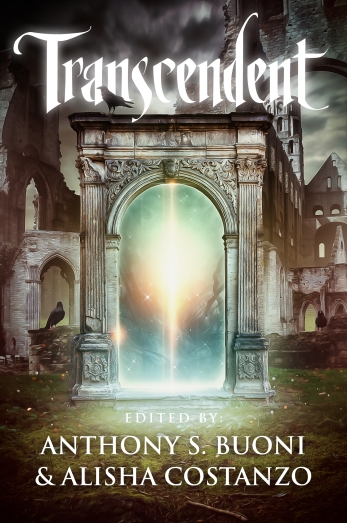 Kathryn Hore is a writer of speculative and dark fiction from Melbourne, Australia. She has short fiction published in several anthologies and magazines, including Australian staples Aurealis, The Crime Factory and Midnight Echo. When not writing, she works in information governance, libraries, records and archives, and has a spider photography habit she’s finding hard to break. You can find her around the usual social media haunts, just look for @kahmelb and shoot her a friend/add/follow, or you can find out more about her and her writing at www.letmedigress.com