In our new author series, we’ll be offering a clairvoyant peek behind the veil of who and what makes up TRANSCENDENT. Here’s a glimpse at Kathryn Hore and her story “Dark Moon.”

Some years ago, I sat in a creative writing class at university arguing with a guest lecturer about what was inherently terrifying. She claimed if you can write a story capturing the sound of a footstep somewhere behind you in the dark late at night, then every women in your audience would, without exception, be terrified.

I rather vehemently disagreed. I happened to love walking alone at night and didn’t see why I should be terrified.

So I set out to write a story in response. Only back then it didn’t work. I was young, without much writing experience, and didn’t yet have the skill to pull it off. But over the years I’ve kept returning to the idea of it. Not because I believe in any kind of universal trigger of fear, but because there was something about the atmosphere of paranoia that lecturer was suggesting which captured my imagination. Something about the creeping unease of a fear you know is irrational, but can’t shake off. Something that hovers just out of sight, somewhere behind you, in the dark…

This story is my answer today, to that lecturer of many years ago. And I still very much disagree with her.

This is one of the few stories for which I haven’t done any research, though I did have to consider the world of my story in fine detail across its various drafts. The first draft had little by way of characterization, either of the girl or the one who tracks her. Building up the motivations and reasons and the sense of magic in this fictional world is something I needed to think through in multiple drafts.

The structure of this story is different from my usual. There’s three separate ‘characters’, each with a section from their own POV, if you consider “the villagers” as a body performing the role of a single character. So it’s tempting to say it’s the girl who’s the protagonist, as it’s her presence the other characters all revolve around.

Yet if the protagonist of a story is the one who changes the most, who goes on an emotional journey and either succeeds or fails in it, then it’s the man tracking the girl who is the real protagonist of this tale.

He’s not a nice man. Long ago he sold himself over to a greater, darker power and he’s enjoyed its benefits ever since, even if there’s a price to pay for them. He thinks of himself as the darkest, nastiest person around and enjoys that notoriety. The villagers certainly believe it and feed that perception of him. Yet they’re all about to find out there’s a bigger world out there than just their village, and perhaps even nastier things than him exist in it.

I’m a gothic fiction fan from way back. I love the atmosphere and dark, brooding settings. Wild woods at night in which dark creatures roam. Villages and towns struggling to maintain order, existing at the edges of wild places. Gothic manors. Who doesn’t love a gothic manor?

I don’t always write in this genre, but in this case it was a deliberate choice to set off into the woods and see what happened there.

That the apparently obvious victim isn’t always the one who should be afraid.

This line only developed as I wrote the very last draft, yet it encapsulates everything I was trying to do in the story. It’s one of my favourites for that reason. 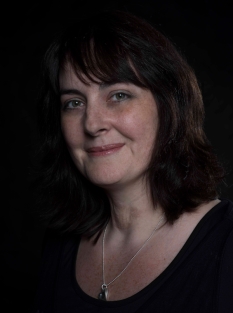 The writing degree I studied when I decided to finally get serious about my writing was worth every cent. I’d been writing since I was a child, but as an adult, when I finally decided to take it seriously, I went back to study the craft in detail. Best move I ever made as a writer.

Also, paying for a house cleaner. I work full time, have two small kids, and write on top of that. Time is stretched. Getting a cleaner in means I get to write more and vacuum less, which is a total win as far as I’m concerned.

Jane Eyre. Charlotte Bronte is one of my all-time heroes and so many of the elements I often write about, I first encountered in Jane Eyre. Quiet but fierce women, brooding flawed men, gothic romance, haunted houses, mental illness, relationships that cross social boundaries, dark pasts with present consequences.

Alternatively, it’d be The Count of Monte Cristo, because I’d love to be the one who came up with that elaborately cunning plot and the divinely marvelous character that is Cristo/Dantes.

I’ve written fiction every day since I was old enough to hold a pen and form words. I wrote my first ‘novel’ at the age of 14. But I didn’t start taking my writing seriously until I was well into my thirties – that’s when I finally took a look at what I wanted to achieve and knew I couldn’t keep putting it off. So I enrolled in a diploma of professional writing and editing, and started submitting work for publication. A couple of years later and I started actually having work accepted for publication, which is even better. Now I’m working on a novel (or twelve).

Oh, I’d control time. Be able to stretch it or contract it as needed. Give myself more of it, to do more, write more words, get more stuff done. And maybe minimise the day-job office meetings to only a few minutes a piece.

Kathryn Hore is a writer of speculative and dark fiction from Melbourne, Australia. She has short fiction published in several anthologies and magazines, including Australian staples Aurealis, The Crime Factory and Midnight Echo. When not writing, she works in information governance, libraries, records and archives, and has a spider photography habit she’s finding hard to break. You can find her around the usual social media haunts, just look for @kahmelb and shoot her a friend/add/follow, or you can find out more about her and her writing at www.letmedigress.com