The first time I saw my name in print in an actual physical book was the day I received my copy of AFTER THE HAPPILY EVER AFTER. I was ecstatic when I got an e-mail from Transmundane Press to say my story had been accepted for the anthology, but nothing–and I mean NOTHING–could have prepared me for the moment I opened a real book and found my name in the Table of Contents. I rushed around the house to show my kids and when I ran out of those, it was all I could do not to tear out of the house and scream at the passing cars, “THAT’S ME!!” while pointing at the book.

Fast forward a few months to Transmundane’s next release, ON FIRE. My story, “The Flame of Lick’s Island” is in there. I was slightly more calm, more organized, when I received it. I resisted the urge to rip open the envelope when the book arrived in the mail. Instead, I methodically gathered my children to stand in a line (there are only three–receiving a new book WITH MY NAME IN IT!!–is the only time I’ve ever wished I’d given birth to more), and made them wait until I opened the package. I admired the cover for a moment, ignoring their pleas to get on with it already. (Kids are SO unappreciative!) Then I opened the front of the book to find the Table of Contents. 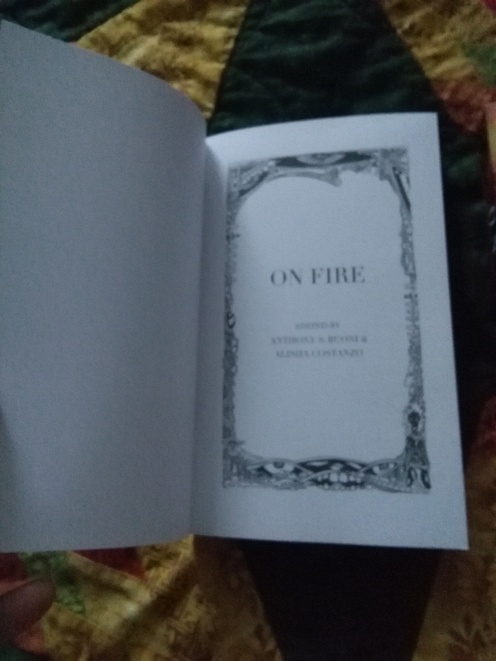 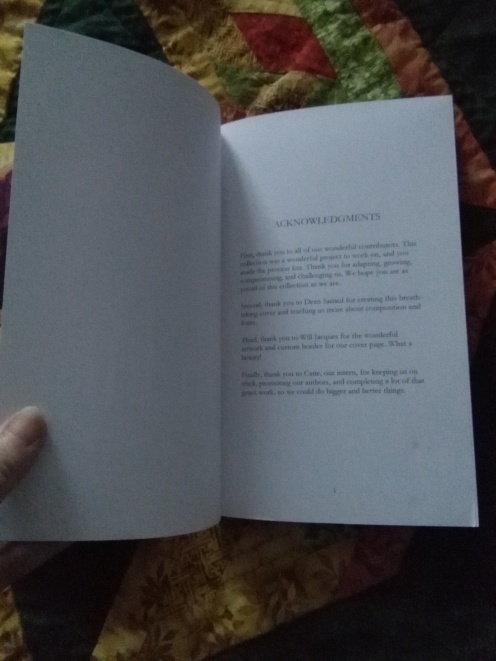 I flipped through the book and found my story so I could show my restless offspring what I’d requested that they come and see. They said their little “Yay”s and “Congratulations, Mom, can I get back to my game now?”s, which I truly appreciated in a way only a mother can, and I immediately e-mailed my lovely publisher and editor, Alisha, to see what was going on.

She wrote back a while later to say that mine was the only copy reported to be missing the “front matter”–title page, copyright page, dedication, list of publications, and Table of Contents. She promised to send me another copy and suggested that we give away the misprinted one. 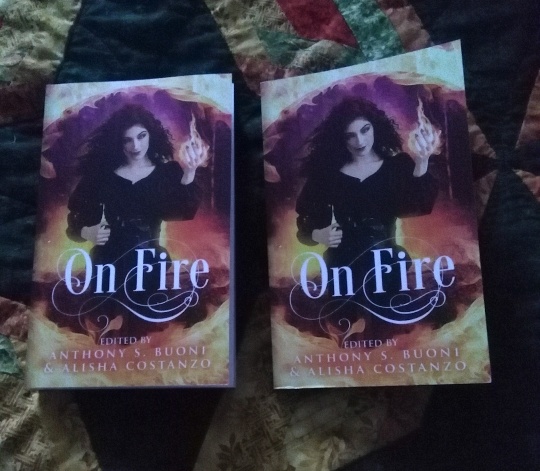 So that’s what we have to give away to one lucky recipient (open to US and Canada). A one-of-a-kind misprinted copy of ON FIRE, in mint condition, signed by me, and “yay”ed over by my kids.

Who wants it? Enter the Rafflecopter contest below!

Before you get to the link, I want to let you know that my Gothic paranormal romance novel is on sale!

Earlier in the year, THE MAGICIAN’S CURSE won the Reviewer’s Choice Award as chosen by the Paranormal Romance Guild. 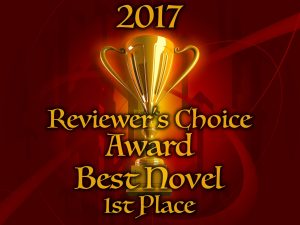 Here’s a snippet of what PRG senior reviewer, Linda Tonis, wrote about my book:

“I literally read this book in a few hours since I found it hard to put down. This is a story filled with magic, curses, sex, romance, secrets and surprises so how could I not love it.” 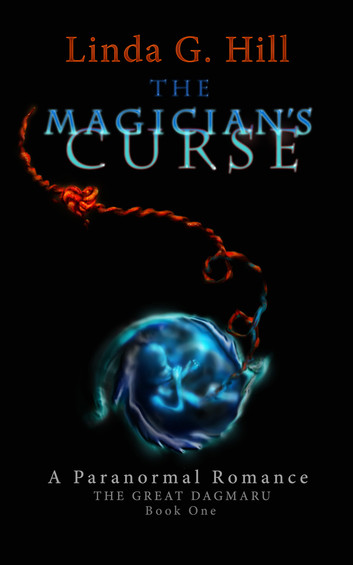 When Herman Anderson leaves home to make a better life for herself, she doesn’t expect to meet a tall, dark stranger with whom she’ll fall hopelessly in love.

Charming and mysterious, Stephen Dagmar is a stage magician seeking an assistant. The moment he sets eyes on Herman, he knows she’s the one. He brings her home to his Victorian mansion where they embark upon an extravagant romance. Yet a shadow hangs over their love. Will the curse on his family end Stephen and Herman’s happily ever after, before it really begins?

Amidst lace and leather, innocence and debauchery, The Magician’s Curse begins the Gothic tale of The Great Dagmaru.

Thank you so much! Best of luck on the giveaway of ON FIRE, misprinted edition!

Linda G. Hill is a stay-at-home mom of three boys and the guardian of one beagle and two kitties. She concocts tales in her head 24/7 and blogs almost daily at lindaghill.com. Linda’s newest release, The Magician’s Curse, is the first in a series of Gothic paranormal romances. Also available on Amazon and Kobo is her romantic comedy novelette, All Good Stories. She lives in Southern Ontario, Canada.

ON FIRE is available now: Amazon, Nook, Kobo, and the Transmundane Press store.